PRASA network in Gauteng region to get new signalling system 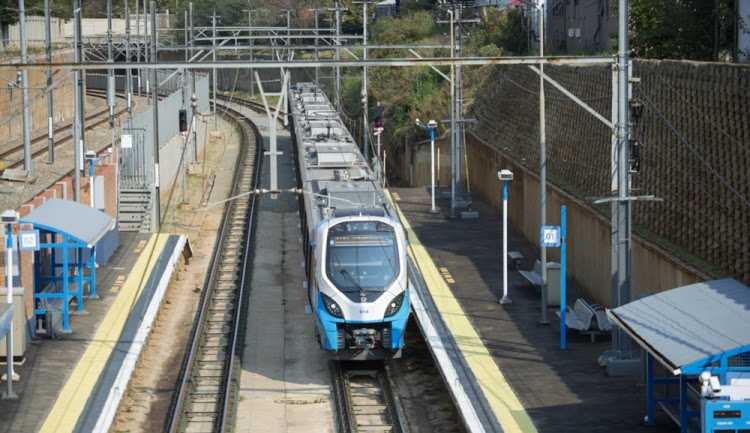 As part of the Passenger Rail Agency of South Africa (PRASA’s) drive to deliver a world-class commuter railway system, Siemens Mobility was commissioned to install a new signalling system across the PRASA network in the Gauteng region, as well as the construction of a modern control centre, the Gauteng Nerve Centre (GNC).

Between December 2018 and January 2019, Siemens Mobility has commissioned three of the busiest railway stations in Africa, Johannesburg Park Station, Braamfontein station and the eastern portion of Pretoria Station with the Siemens Sicas S7 electronic interlocking system. Johannesburg Park Station and Braamfontein are the busiest stations in the South of Gauteng province while Bosman Station and Barracks in Pretoria, one of the mega stations in the north of Gauteng, will be finalized in early February 2019.

The project forms part of a multi-billion Rand national re-signalling programme being undertaken by PRASA. Most of the rail network in the Gauteng area consists of old signalling systems that are far beyond their life expectancy, with some of them dating back to the 1930’s.

“This is a major achievement and milestone event for the South African rail industry because of the size and importance of these stations. Johannesburg Park Station consists of 114 sets of points, 129 signals and 16 operational platforms, making it one of the largest railway stations in Africa. Braamfontein consists of 87 signals and 67 sets of points and Pretoria consists of 105 signals and 69 sets of points. Both Johannesburg and Braamfontein stations were commissioned in less than one month while under operational conditions. This required a tremendous amount of work and advanced preparation to ensure that the passenger service was still safe and reliable with minimum disruptions to commuter service. The planning works started months ago with continuous technical and operational coordination between the PRASA project team, the PRASA Gauteng regional team and Siemens,” says Kevin Pillay, CEO of Siemens Mobility, Southern Africa.

To date, 40 of the 89 stations in Gauteng have already been commissioned with the new Siemens electronic interlocking system. New Canada station is the next big station planned for commissioning later in 2019. The new system provides a modern interlocking platform for the next level of Automatic Train Protection (ATP) that will further enhance safety and reliability in the passenger rail network.

The whole project is underpinned by stringent testing and safety processes in line with world standards. Siemens delivers a local content greater than 60% on the project, with the engineering, manufacturing and testing taking place at the Siemens South Africa facility in Northriding, Johannesburg.

Various training is provided to PRASA technical, operational and maintenance personnel in order to bridge the skills gap between the existing technologies to the electronic-based signalling system. In addition to this formal training, on the job training is being provided to young technicians and engineers at the Siemens Mobility local facility and on the project sites.

This new signalling system will help increase operational capacity, provide a higher level of flexibility and reduce train delays. The completion of the rail signalling project will see the Gauteng railway network aligned with modern rail networks across the world and Siemens is extremely proud to be involved in this significant project.