Interventions At The Passenger Rail Agency Of South Africa 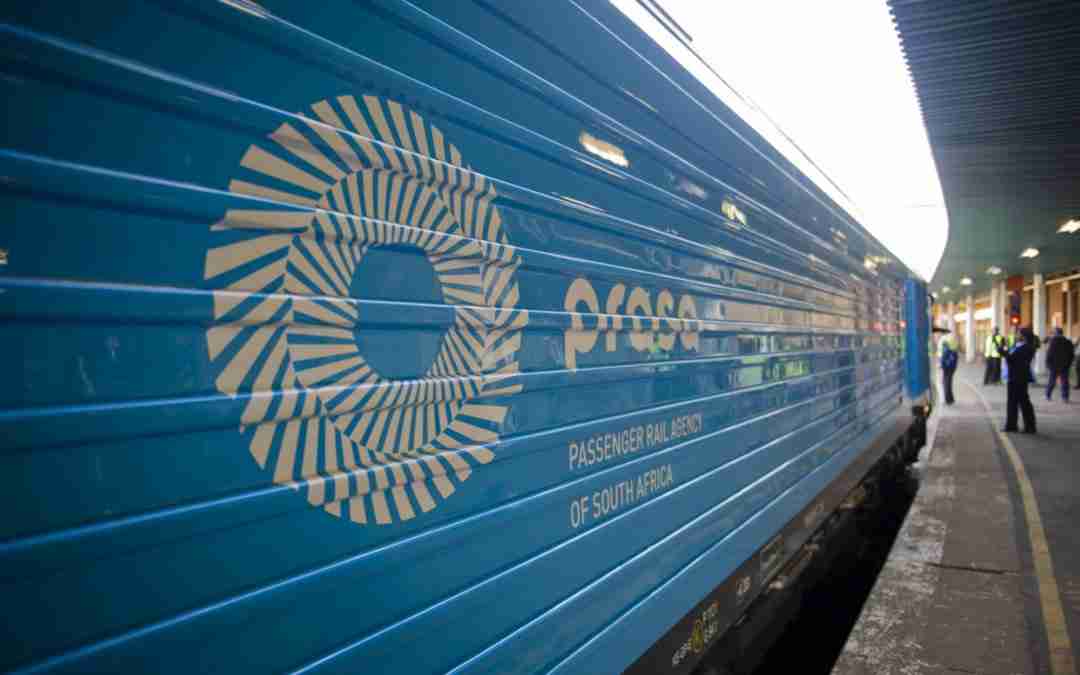 His statement noted that the Government has been steadfast in developing an integrated, effective, reliable, safe and cost effective public transport system, which, positions South Africa’s rail transport as its backbone. Committed to moving both commuter and freight from road to rail, preserving the road network and constructing new roads where they are need the most, especially in rural areas.

The statement comes off the back of a recent trip the President took, in which he was stuck on the train – experiencing the type of delays that commuters in South Africa have on a daily basis. “As you are aware, I held a meeting with President Cyril Ramaphosa at Tuynhuys in Cape Town on Tuesday 19 March 2019 following the President’s first-hand experience of the difficulties regularly experienced by commuters on our Metrorail trains. The President was on board a train from Mabopane to the Tshwane CBD when the train was delayed for about two hours. As a result of these bad experience by our commuters, the President directed me to urgently resolve the challenges plaguing PRASA,” said minister Nzimande.

The minister having consulted expensively with the officials of the Department and the Rail Branch, has made a determination to adopt a two-stage structured intervention.

Phase One
The minister will appoint a team of organisational or performance experts to undertake a 6-8 week organisational analysis of PRASA. A factual report will be presented, addressing key factors that have led to the failed implementation of PRASA’s turn-around Strategies.

Phase Two
On the basis of the outcome of the Phase one (1) contained in the “Factual Report”, PRASA will appoint a turn-around execution team under the direction of the Department of Transport. This high-level team will monitor and report progress to both the Board and the minister.

Coupled with these two interrelated phases, the following Immediate actions will be implemented to ensure stability and service delivery:

The current PRASA Board term will be extended by six (6) months before its expiry on the 30th April 2019.
The Board will be expected to finalise the appointment of advertised executives’ vacancies and ensure that recommended candidates undergo the State Security Agency vetting process.
The Department will assist in the identification of the necessary capacity required in the Acting Group CEO’s office. These experts will be appointed on short-term contracts.
To immediately stabilise operations, the Board is directed to focus on the following key operational issues:

Improve reliability of trains and train cancellations by 60% and 41% improvement in train delays with revised train timetable as per train availability.

Secure trains, passengers and assets by deploying security personnel on trains, for asset protection, fencing or walling of corridors and depots in all regions. This is to be completed during the 2019/20 financial year.

The Board must enhance and fund the PRASA Communication Strategy focussing on service delivery challenges and stakeholder engagement.

The Board must address the lack of consequence to management, following the Mountainview crash and other similar crashes. ( although I think the correct terminology is either incidents or accidents). This includes addressing immediate rail safety commitments made by the Board.

In addressing common challenges experienced in various corridors, the Board must adopt a priority corridor approach. Each region must have at-least one (1) priority corridor to modernise through the appointment of a dedicated corridor project manager.
The Board must ensure that Performance Agreements are concluded by all employees by the 30th June 2019.

The PRASA Board together with the Executive must continue to address the alleged low morale of the train drivers as a result of their safety concerns and related condition of their service and must continuously engage organised labour within the rail sector.

According to the minister, that, whilst he has raised concerns about the performance of PRASA, particularly under this current Board, there are also pockets of excellence in various aspects of the PRASA mandate. Such as, the placing on special leave and suspension of various PRASA executive on allegations of improper, irregular, and corrupt behaviour. Including the termination of fourteen (14) security employees who have committed attempted robbery and various other offenses at PRASA.

PRASA has also ensured the successful launch of the ground-breaking, innovative, state of the art Gibela Train Manufacturing Plant by President Ramaphosa. PRASA is also working progressively to restore operational stability in most of its provincial corridors, including in the Western Cape. With the President officially, handing over two test trains that will be operating in the Cape Town corridor. An additional thirty (30) test rains will be deployed in this corridor, thirty (30) in KwaZulu-Natal and thirty (30) in Gauteng.

The minister remains concerned over the acts of vandalism of trains and the stealing of network cables. “We appeal to members of the community to protect this important public transport mode. We are also improving our security measure in to make sure that our Metrorail services and infrastructure is protected. As Minister of Transport, I have appointed stakeholder relations managers. They will be based in Cape Town, Gauteng, eThekwini, and East London, where Metrorail has operations. These stakeholder relations managers will act as a direct link between my office and various stakeholders, including commuter and community organisations, ” said Minister Nzimande.