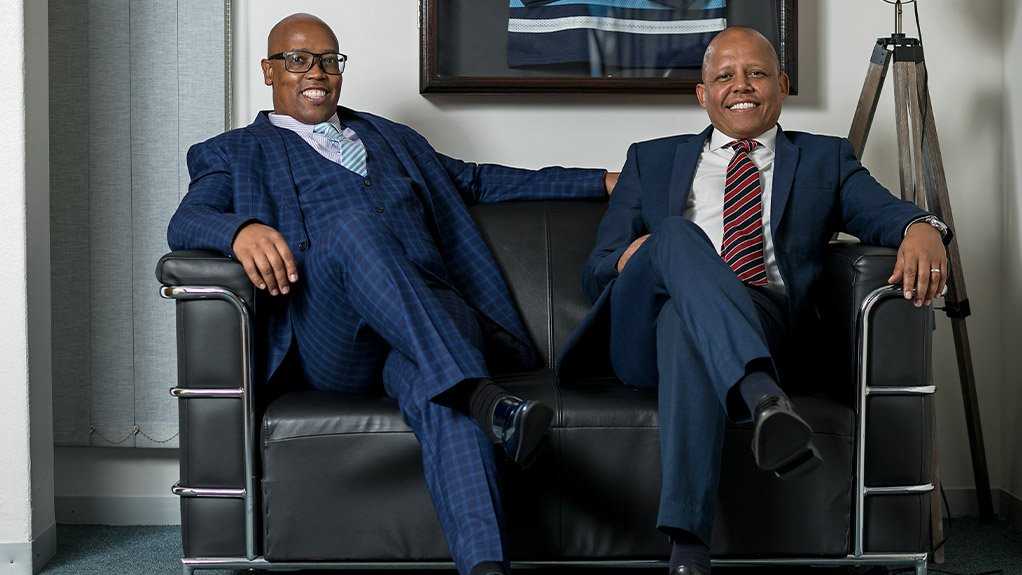 IEC Holden (Pty) Ltd., headquartered in Kempton Park, Gauteng, is proud to announce the appointment of Mr. Amos Hadebe as Non-Executive Chairman of the Board of Directors, and Mr. Pedro Adams as Managing Director.

These appointments complete the transition of business management to South Africans. Since 2017, 100% of local management are South Africans and now the leadership at Board level has been transitioned as well. IEC Holden is a level three B-BBEE contributor and is 51% Black-Owned.

IEC Holden’s manufacturing operations were established in 2014 to support localization and re-industrialization efforts under the government’s National Development Plan. IEC Holden manufactures and services traction motors and gear boxes, primarily for rail applications. Technology, training and capital were supplied from Canada. At its peak, the South African operations employed 150 skilled workers and continues to be the only advanced manufacturing site for such product in Sub-Saharan Africa. The company is also positioned to support the electric vehicle, mining, industrial and wind power industries and expects to export product globally.

“IEC Holden’s vision is to be The World’s Most Trusted Company. They have built tremendous trust here with their employees and the South African market with an unwavering commitment to ethics and integrity. I am proud of and humbled by the opportunity to help lead this great company as its new Chairman,” says Hadebe.

Hadebe is currently the Executive Director for Government and Regulatory Affairs in Africa at Honeywell Elster Kent Metering company. Prior to that Hadebe spent four years as Government Affairs and Policy Leader with General Electric (GE) Africa, leading advocacy and lobbying activities, helping manage transactions and engagements with GE’s government and commercial partners across a variety of sectors. Hadebe was the 2014 recipient of GE’s Pinnacle Award for Outstanding Transactional Achievement.

Prior to joining GE, Hadebe held positions in related disciplines with Old Mutual Emerging Markets, Anglo American, the Office of the President of the Republic of South Africa and the University of the Witwatersrand. Hadebe holds a Master of Science degree from the London School of Economics (LSE), and Master of Management and Bachelor of Science degrees from the University of the Witwatersrand.

“It is an honour for me to lead this talented team and this exciting business into the next phase. We have a truly unique company here and are fully committed to shining the light of the new South Africa as we serve all of the stakeholder groups,” declares Adams.

Adams brings 22 years of experience in the automotive industry where he held various positions in quality, manufacturing engineering and continuous improvement with Ford, General Motors and VW. More recently he held the position of General Manager of Grindrod Rail’s locomotive manufacturing operation. Adams holds a Bachelor’s degree in Mechanical Engineering and an MBA from Nelson Mandela Metropolitan University. Adams is also certified in project management and a Six Sigma–Black Belt.