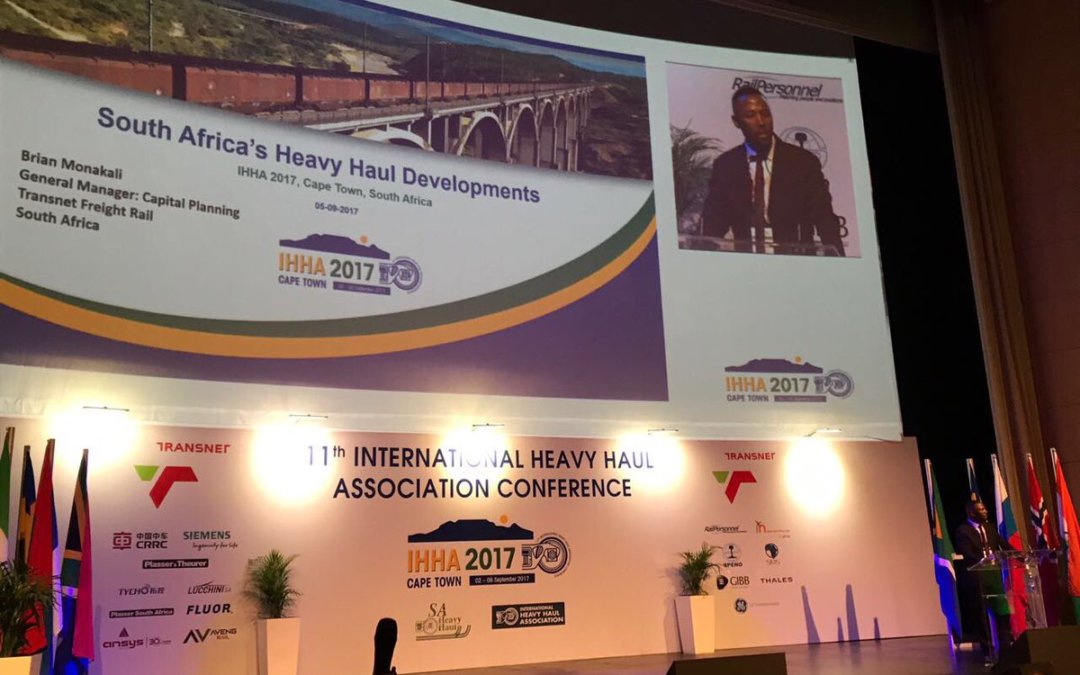 Dubbed the world’s largest robot, an autonomous train travelled over 280 kilometres in Western Australia to deliver its first load of iron ore in July. The journey, monitored by operators more than 1500 kilometres away using remote cameras, is regarded as a game-changer for the global freight rail industry. It’s a prelude of the evolving future of rail.

The introduction of driverless vehicles including trains is a feature of the Fourth Industrial Revolution, marked by the rise of artificial intelligence, big data analytics, digital solutions and real-time monitoring. As self-driving trains become a reality in developed economies, the question for railway operators and businesses operating in Africa is: how will they adapt?

“The pace and scale of transformation on the continent requires significant investment in infrastructure, new technology and continuous cross-border collaboration,” says Brian Monakali, Chairperson of the South African Heavy Haul Association (SAHHA), a member of global industry body, the IHHA – of which he is also the Chair, as well as General Manager at Transnet.

“A modern, reliable and efficient freight rail market will not only facilitate robust commerce, aid economic growth and help businesses to thrive, it has the potential to usher in a new dawn for intra-Africa trade,” Monakali explains.

Currently, intra-Africa trade stands at roughly 12% compared to Europe, America and Asia where trade between neighbouring countries has reached highs of 60% and 80%.

“Africa is a land of opportunity with natural resources, such as iron ore, that can be transported across land borders with the help of a well-oiled rail system,” he says.

Unlocking trade and technological opportunities are the main reasons why Monakali and his counterparts at the Southern African Railways Association (SARA) have agreed to work together to develop a forward-thinking strategy for freight rail on the continent.

The agreement brings together two influential industry bodies (SARA formed in 1996 and SAHHA in 2014) with the aim of sharing insights and approaches to leverage off the Fourth Industrial Revolution.

“We have signed a Memorandum of Understanding, which is essentially a framework for cooperation between the two organisations. The aim of the MOU is to enhance technological capabilities and the technical capacity of railway operators, researchers, professionals and institutions within the SADC region,” Monakali says.

The agreement will allow them to learn from each other’s experiences; discover innovative ways to stimulate intra-Africa trade; and improve rail safety.

The MOU was formalised at a three-day technical workshop that took place in Boksburg on 4 – 6 September. SAHHA brought together domestic and international experts — including those from Germany and China — to debate the state of rail in Africa, where railroads are mostly owned by governments or state-owned companies.

Although much progress has been made to improve the regulatory environment and support businesses, partly thanks to the work of the African Union and SADC, the rapid movement of goods and people across borders has been hindered by safety and security concerns, infrastructure constraints, and other challenges.

Monakali says that in order to tap into the potential of a digital future, domestic rail companies must implement international best practices and drive innovation throughout the continent.

With a view to develop a 2030 roadmap for the industry, the International Heavy Haul Association (IHHA) has asked its member organisations to present their ideas at an industry conference in Norway next year. The insights shared during the technical workshop in Boksburg will inform the presentation that Monakali’s delegation intends presenting at the 2019 conference.

“With South Africa’s prominent position as global chair of the IHHA, we are expected to lead the discourse on how to revitalise Africa’s railway system,” he adds.

“We are already witnessing how technology is transforming the rail market as autonomous trains are tested in Australia and elsewhere, so it’s important for African operators to also make their mark or risk being left behind,” Monakali concludes.